Rules of engagement: How to create strong business partnerships

If there is one thing startups or growing businesses have to be good at, it's relationships. Organizational culture is defined by the founders' relationships with each other, team members, and employees. The company's survival and vitality depend on its relationship with customers and investors. And its ability to grow and thrive often requires mutually beneficial partnerships with other companies.

These business partnerships often fly below the radar but can provide startups with access to markets they might not have otherwise reached, products and services that make theirs more attractive, and much more. Partnerships between two companies involve a lot of moving parts, and many leaders jump into a partnership without realizing how many things they need to get right for the relationship to succeed. John Sampson, director of Partner Marketing at Zendesk, has spent roughly two decades building partnerships for several organizations and says that creating a successful partnership begins with considerable internal investigation before the company ever contacts a potential partner. Leaders should ask a number of questions, including:

This is just a sampling of the many nitty-gritty operational questions that have to be addressed. They’re less exciting than cultural fit, shared mission, and other heady objectives, but without satisfactory answers to them, no partnership will survive.

Not that those other areas aren’t important. Everyone would rather form a partnership with someone who is simpatico, not just functionally aligned. But several fruitful partnerships have formed even among partners who experienced friction. For example, Microsoft and Apple were fierce competitors, but Microsoft invested in Apple when Steve Jobs returned to the company in 1997. Their rivalry, and collaboration for mutual benefit, has continued in tandem. Google invested in Uber early on and Google maps featured both Uber and Lyft as transportation options alongside driving, walking, and public transit times. But Google and Uber have also wrestled over territory—who would rule the autonomous car market, for example—to the point some worried whether the partnership could survive.

[Read also: Navigating the 7 stages of the vendor relationship]

First and foremost, partnerships are about business. There must be a solid advantage to the business or its customers to make the partnership worthwhile. Scott Brinker is VP of Platform Ecosystem for HubSpot, which has hundreds of partners on its platform. He explained that when HubSpot evaluates partnerships, it does so by keeping in mind the goal of expanding the range of solutions that businesses can connect to HubSpot.

“It's a heterogeneous world of many apps in the cloud, and we want to help our customers' different pieces of software work better together,” he said.

Still, liking potential partners is a ‘good start.’ But, he went on, “If you don't like them, depending on the reasons why, it seems questionable as to why you would want to connect [the partner] with your customers.”

HubSpot’s rule is that they only partner with companies that are good to their own customers. “Having a good product is an important piece of that,” Brinker said. “But it also matters how they treat customers, with fair sales processes and helpful support. A company's partners contribute to its reputation—for better or worse—so you really want to filter for the good ones.”

HubSpot's rule is that they only partner with companies that are good to their own customers.

Other experts have suggested it’s also important to ensure that each company shares core values. For example, if one company is focused on the transaction and the other focuses on the relationship, the partnership probably won’t work. If one company has a particular take on social responsibility and the other doesn’t, that probably won’t work long-term either. Each needs to have different approaches and strengths to make the partnership useful. But they should pretty much agree on the larger issues of why they do what they do.

Putting the pieces together

Once you’ve figured out you want to partner with another company, either to expand your customer base and drive more business or to fill a gap in your own offering, you have to decide how to structure the relationship. HubSpot has moved to an open platform ecosystem, Brinker said. Any company can build an integration to HubSpot. They then use a certification process to vet good integrations that they’re comfortable promoting to their customers. And if a lot of customers adopt a particular partner product, HubSpot elevates that partner to a "premier" tier with additional co-marketing benefits.

For a business that’s just beginning to build partnerships, though, creating a structure for the relationship is key—and complicated. The company’s legal representatives should be brought in even before talking to the other company, Sampson said. He noted that attorneys tend to cling to the letter of the law when it comes to corporate policy; so attorneys for both companies have to understand each others’ business model and the overall objectives of the partnership—how it leads to revenue—to be able to adapt their perspective. This should all be sorted out before negotiations with the other company begin.

[Read also: How to choose the right partner. Technology partner, that is.]

“I’ve worked with a lot of different attorneys over the years,” Sampson said. “If the attorney doesn’t understand the other company’s business model they tend to react differently to clauses and terms in the contract. It’s always good to have the attorneys be part of the business discussion so they’re not just redlining for the sake of redlining.”

Sampson recommends making a list of things you’re willing to agree to, and a list of things that are required for negotiation or discussion. “You should get it down to a very short list of items that need further discussion and then have the attorney and business decision makers get in a room and talk through those items,” he said.

But whatever framework you decide on, Brinker said, “It’s important to set up a framework in which change is a feature, not a bug…We’re able to define the high-level rules of the ecosystem—qualifications to become a certified partner, SLAs for customers to maintain that certification—and then let partners have enormous freedom to innovate and evolve.”

"It's important to set up a framework in which change is a feature, not a bug…We're able to define the high-level rules of the ecosystem—qualifications to become a certified partner, SLAs for customers to maintain that certification—and then let partners have enormous freedom to innovate and evolve."
- Scott Brinker, HubSpot

Sampson also pointed out that someone needs to be in charge of managing the partnerships. Part of that person’s job is an aspect that’s often overlooked.

“If you’re going to do it well, the important thing to do is to educate internal stakeholders about the value partners bring and the implications of doing business with partners, how it impacts the organization,” he said.

People in the partnering company will find a way to other people in your organization beyond the partnership manager, he said, and they need to know the right course of action, to be informed to answer questions when they come in. Also, the two companies have to be invested in each other, in a way, to celebrate successes along the journey.

Both Sampson and Brinker agree that transparency is critical. Brinker also noted that the rules of engagement have to be clear so that when either side diverges from those expectations it’s plain to see what’s happening.

“When that happens, we want to fix it and get things back on a win-win trajectory,” he said. “But sometimes you realize it's just not a good fit, and it's okay to part ways.”

Sampson said both companies need to be conscious of the fact that corporate cultures are different and sometimes egos get in the way.

“It’s okay to disagree,” Sampson said. “I don’t think you’re always going to get along with everybody perfectly…your interests aren’t going to be completely aligned.” Good partnerships, like great relationships, take time and persistence. 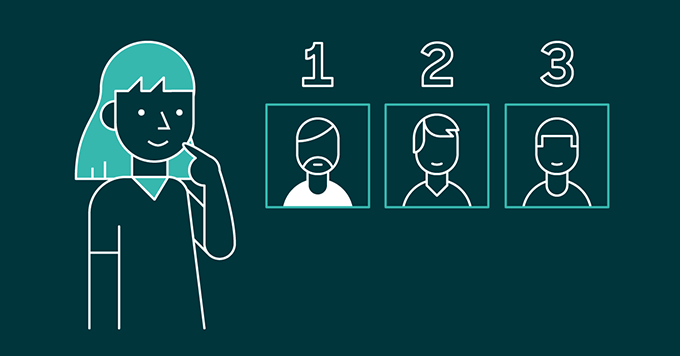 Evaluating vendors can be overwhelming

Narrow down your options with our handy guide.

The key to great service? Saying “I don’t know”

Shadowing: A day in the life of a Tier 1 advocate

Say it with an emoji. Yes, even at work.