Going behind the scenes of great customer experiences

Do you ever see an innovative business and want to know the origin story? Do you wonder how some companies manage to build a massive following of loyal fans who celebrate every product launch? Or how startups strike gold in markets that the experts considered saturated?

Many of us have heard the tales of how champions of the modern business world—like Apple and Facebook—rose to success. Yet we interact with some of our favorite companies and brands everyday without ever learning about the obstacles they had to overcome. It’s these underdog stories that inspire us to think bigger and not be afraid to innovate.

Zendesk’s podcast, Repeat Customer with host Mio Adilman, aims to tell those stories. Filled with exclusive interviews and behind-the-scenes anecdotes, Repeat Customer is about the lessons we can learn from businesses that disrupted their industries by designing amazing customer experiences.

We interact with some of our favorite companies and brands everyday without ever learning about the obstacles they had to overcome.

A recurring theme throughout the season is the disruption that occurs when big industry players leave money on the table by failing to tap into certain market segments. Ellevest, an investing platform catering to women and fems, is an excellent example. After spending years in big Wall Street firms, Ellevest CEO and Co-founder Sally Krawcheck noticed that the industry’s lack of diversity was producing groupthink and hampering potential returns. While other robo-advising investment platforms were aiming to be “gender-neutral,” Krawcheck saw an opportunity to appeal to women by taking into account their differing financial circumstances such as the wage gap, lower salary ceilings, and longer life expectancy. Krawcheck and the Ellevest team designed the platform to be extremely customer-oriented—empowering women to take control of their own futures. Krawcheck believes her company is first-to-market in a sector worth trillions.

For One Medical and Hinge, similar gaps in their respective markets provided business opportunities.

A recurring theme throughout the season is the disruption that occurs when big industry players leave money on the table by failing to tap into certain market segments.

One Medical, an upscale primary care provider, redesigned the patient experience after founder Tom Lee went on a mission to provide more compassionate care for his patients than the current, bloated healthcare system allowed. By applying design principles to the layout of his offices and focusing on quality of patient care over quantity of patients seen, Lee hopes One Medical can become a model for primary care of the future.

Hinge on the other hand was a follower initially. Jumping on the success of other dating apps like Tinder and Bumble, Hinge found its niche in people who were dating to find a serious, long-term relationship—establishing itself as the app that wanted you to be able to stop using it because you found someone. Yet it wasn’t until founder Justin McLeod fell in love himself that the company began to earnestly cater to their niche. By removing the gamification aspects of the app—like swiping and excessive sounds and color—Hinge initially lost a decent number of users. But the company retained its new focus even as its market share decreased, and is today confident that the business is set up for long-term success by staying true to its purpose of helping people find that someone special.

Another effective way to break through the noise is being first to market with something new. Walt Disney subsidiary Disney Cruise Line incorporated the lessons learned from the company’s successful theme parks to establish the first line of truly family-centric cruises. While it seems an obvious market today, Disney’s entry initially turned the cruise industry on its head. By specifically designing a great experience for both adults and kids of all ages, Disney created something new: a child-friendly cruise that the adults enjoy just as much as the kids—in fact, plenty of adults go on Disney Cruises without kids.

While it seems an obvious market today, Disney's entry initially turned the cruise industry on its head.

On the technology side, SeatGeek found success by consolidating the ticketing options that were already out there. Co-founder Russ D’Souza told Repeat Customer how the monopoly that big secondary resellers had on the ticket market was hurting fans as well as venues. In order to curb exorbitant price hikes and reduce unsold tickets, SeatGeek established its own marketplace so customers could easily compare prices from primary and secondary vendors. Additionally, the company pioneered the "View from Seat" technology that now has become the standard for resale vendors.

Flywheel, similarly, is looking to set a new industry standard by offering boutique fitness classes in studio or at home for people who don’t always want to have to commute to a spin class. Learning from her time at SoulCycle, Flywheel co-founder Ruth Zimmerman recognized that traditional spin classes were turning off certain customers. By reimagining the layout and lighting of the in-studio experience, Zimmerman created a space where people don’t feel a need to compete with anyone but themselves. This focus on inclusivity is reflected in the at-home product and also in the mobile app, which lets you track your metrics and set personalized goals. By focusing on the aspects of the experience she felt customers were missing at SoulCycle, she was able to create a very different experience in the same space.

By reimagining the layout and lighting of the in-studio experience, Zimmerman created a space where people don't feel a need to compete with anyone but themselves.

Lesson three: Focus on what makes you unique

What makes people line up for hours for a new burger joint? Hospitality guru David Meyer figured out. As a Michelin star restaurateur, Meyer rose to fame for his “enlightened hospitality”—the concept of growing your business on customer service principles, which requires extreme attention to detail.

When Meyer was commissioned to open a hotdog stand in New York’s Madison Square Park, he maintained that detail orientation, and later the concept evolved into the first rendition of the Shake Shack we know and love today.

Meyer brought his passion for hospitality to the fast-casual space, and Shake Shack became emblematic of the style—serving high-quality fast-food with sit-down quality service. In addition to the details visible on the surface, like open kitchens and smaller menus, it is the behind-the-scenes details that really differentiate Shake Shack. Meyer was adamant that his workers make above minimum wage; Shake Shack also prides itself on fresh ingredients that come from local providers. These details make both customers and employees feel valued, which in turn generates a better customer experience.

In addition to the details visible on the surface, like open kitchens and smaller menus, it is the behind-the-scenes details that really differentiate Shake Shack.

Attention to detail also defines the success of home and lifestyle brand Magnolia, which spun out of HGTV’s home improvement show “Fixer Upper.” While their celebrity status was enough to get a line of products up and running, Chip and Joanna Gaines knew it would take more than their names to make their brand stick. The Gaineses realized that their own charm and relatability created the empathetic response from their fans, and the couple sought to embody that charm in their Waco, Texas store. The Magnolia Market, as it is known, has become an experience itself—with giant recognizable silos, children’s play areas, and employees who are empowered to provide a personal touch to customers. Magnolia was also able to leverage technology in order to create brand awareness by incorporating augmented reality into its app and capitalizing on social media with distinct hashtags. Magnolia is the perfect example of a brand recognizing what makes it special, and building everything around that.

Get the full story from behind the scenes of these and other great brands in seasons one and two of the Repeat Customer podcast. 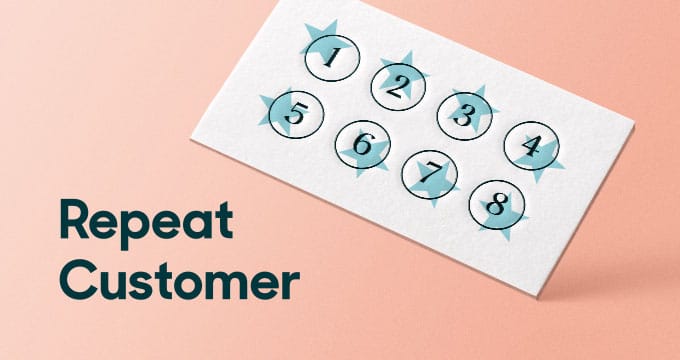 A podcast about amazing customer experiences.

How Zendesk is transforming CX in 2020

Can we do better work and be happier? Max Yoder thinks so.